Good news everyone! The trailer for our first big movie project 1920 Evil Returns has been released! It was shot here in Sweden last fall and Connecting Bollywood acted as line producers to our friends at ASA Productions & Enterprises Pvt. Ltd. in India.

Be sure to have a look right here!

Yesterday we had Lena Hansson Varhegyi from Film i Skåne over for lunch (spicy Indian of course) at the office. Film i Skåne, the regional film institute, has as its main mission to support and cultivate the film industry in the region. They do this by providing funds, expertise, connections and all sorts of help to both aspiring film makers and established production houses. They are part of a wider public initiative to promote industry as a whole locally.

What we are trying to do is to convince Lena and her organisation that when it comes to supporting the local film industry, there is probably nothing more promising and worthwhile than helping us get our Bollywood projects off the ground. However, as certain as we are of the prospects of success and the benefits this will bring to the region we are nonetheless aware that this is not as clear to the less initiated – Bollywood is still a distant and exotic phenomenon to most Scandinavians and it is going to take some effort to make the films and the industry more familiar in this part of Europe.

All in all we can only say that it was a very pleasant meeting that we hope and think will develop into a fruitful relationship in the coming months and years!

PS. By the way, the premiere of 1920 – Evil Returns has once again been postponed, probably due to an overflow of horror films at the planned date.  New release date is set to 2 November however so we still don’t have to wait for long!

As the closing days of August are drawing us ever closer to the definite end of summer in Sweden we take a moment to reflect on what the month has brought us.

As many know, one should in general not have too great expectations on any of the summer months in Sweden – the country slows down to close to a standstill as half of the population goes on holiday abroad and the other half acquires a more laid-back approach to their daily tasks.

This notwithstanding , it has actually been quite a good time for Connecting Bollywood – several projects are moving forward, slowly but surely, and we have also made some new acquaintances! Arguably the most important of these, at least in the long run, is Kunnie (Kunzang) Topden who we teamed up with recently and who, among many other things, runs the non-profit organisation SIFA (the Swedish-Indian Film Association). Kunnie and her SIFA managed to have parts of an Indian movie, Dil Jo Bhi Kahe (“Follow your heart”), shot in Stockholm already back in 2004, years before we got our first project here. She has experience in the industry, has many friends in both India and Sweden and she loves movies just as much as we do – we expect there to be much to gain from this new-found relationship!

In additional news the company plans to make a trip to India in September to entertain contacts with our friends there and also to be present at the premiere screening of our first project “1920 – Evil Returns”.  Details on exact dates and itinerary is coming up shortly – if you are in India during later September and early October and want to meet up, just let us know and we will make it happen! 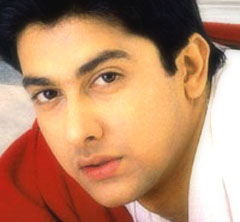 The film will be produced under the ASA Films banner and will be shot in Sweden.